Passikoff: Black Friday is Getting a Little Grey

Tracking indicates Black Friday shopping has decreased over the past 10 years, replaced, pre-pandemic, by the rest of the year (with one in three consumers reporting shopping online at least daily)

Tracking indicates Black Friday shopping has decreased over the past 10 years, replaced by … the rest of the year.

It’s said reality is that which, when you stop believing in it, still doesn’t go away. And the reality is, it’s Black 2020.

No, I’m not talking about the coronavirus pandemic. Or the tribal and divided electorate, or a President trying to tweet-delegitimize democracy, or the unemployment rates, or economic anxieties, although none those help anything. But in this instance, I’m talking about consumer holiday shopping.

For 31 years Brand Keys conducted an annual Holiday Shopping survey. Then, in 2016, we stopped. We stopped because consumer shopping patterns had shifted so dramatically, conducting a “Holiday” shopping survey seemed, well, superfluous. The big consulting firms still do because it hasn’t occurred to them not to, and the National Retail Federation still does because it’s just what they do.

In 2012 Brand Keys called the earlier shopping for Christmas, Chanukah, and Kwanza, “Black November” because at that time a third of all holiday shopping took place in November before Black Friday. But by 2015 – in the 9 month period between March and pre-Black Friday November – 68% of consumers had already shopped for the holidays. Reporting out Black Friday sales figures as, back then, were only 17% of all “holiday sales“ seemed specious. So, we stopped.

The nomenclature, “Black Friday,” came into common retail usage in the 1980’s, originally a derisive term for the huge crowds of shoppers and traffic snarls that occurred the day after Thanksgiving, when consumers had a long holiday weekend and time to shop. More conventionally it had to do with the fact retailers traditionally operated at a financial loss for most of the year and made their profit during the holiday season. A once-common accounting practice used red ink to show losses and black ink to show profits. Black Friday was the beginning of the period when retailers would actually make profits and operate “in the black.”

But by 2012, the shift away from Black Friday to Black November was undeniable. And it wasn’t our survey or the Research Grinch that purloined Black Friday, it was the retailers. And it shouldn’t have come as a surprise to them because they were ones responsible for the shift in those consumer buying patterns in the first place! No, no, it was them! How, I hear you ask?

Well, merchants decided to play a version of retail “poker” where retailer-after-retailer kept raising the discount ante, which worked like this: As it got closer to Black Friday, the traditional start of the Holiday Shopping season, one retailer would promise price cuts of ten percent. Then another retailer would offer fifteen percent off, and a third would then offer twenty-five percent off, thus increasing the “ante.” This was all before the ubiquity of online price checks but eventually the first retailer would end up in anything-you-can-do-I-can-do-too pricing mode and offer twenty-five percent as well.

That got old quickly although, in retail years, it took nearly half a decade before it very-reasonably occurred to retailers and marketers that if they sold a product to a consumer first, the consumer wouldn’t be in the marketplace for that same product from another retailer, the vendor version of, “The first man gets the oyster, the second man the shell!” But to do be first, a retailer had to be timely, or in this case, untimely, and offer consumer products and pricing before Black Friday.

And they did. Earlier and earlier and earlier and more and more frequently. Advertisements in August and September that contained “Black Friday” and “Doorbusters” headlines become terms of retail promotion, puffery, and ubiquity. On top of all that, consumers just became smarter and more socially-networked. They were on to all of retailers’ strategies, promotions, and ruses and acted accordingly. They bought “holiday” gifts early.

It’s probably not surprising that Thanksgiving and the days that follow have taken on nomenclatures of their own: Small Business Saturday, Sofa Sunday, Cyber Monday, and Giving Tuesday, but that’s just marketing and what marketers do. Based on our own holiday shopping algorithms, we’d be surprised if retails sales are up even one percent this year no matter how much marketing gets done.

Brand Keys believes that Black Friday, the day, will more-and-more represent a minor retail raison d’être, only because there’s a long weekend in there. Weekends and long weekends have customarily boosted customer shopping and attendant sales. But alas, tracking indicates Black Friday shopping has decreased over the past 10 years, replaced, pre-pandemic, by the rest of the year (with one in three consumers reporting shopping online at least daily) and now, pre-vaccine, by online retail and events like Amazon Prime Day (which, BTW, has its own 115 million subscriber-base)!

But more so, Black Friday has become a tradition of sorts. For retailers, because it’s just what they’ve done for nearly four decades, although this year it will be different depending upon local regulations regarding COVID-19. For some families, it will be something akin to a habit, although you really have to admit sitting a in long line of cars waiting for buy-online-pickup-curbside, doesn’t have the same holiday joie de vivre as huddling together in the snow singing Christmas carols waiting for a store to open at midnight. Black Friday is ultimately going to fade away to gray.

With nearly seventy percent of holiday shopping going on before that, e-commerce sales predicted to grow by 35% YOY, and increased online shopping accounting for nearly twenty percent of all retail sales, Black Friday is fast becoming more a relic of 20th century retailing than a reality in the 21st.

Photo by Mick Haupt on Unsplash.

What Do Your Customers Want For The Holidays? Confidence

Why Communicating Values is Key to Brand Loyalty 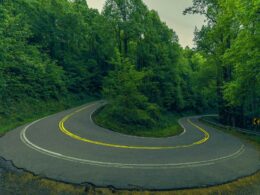 Customer Churn: How Many of Your Customers Walked Away Last Year?

It’s rare that you will see customer churn reduction as a core objective on a marketing plan.
byGuest Contributor 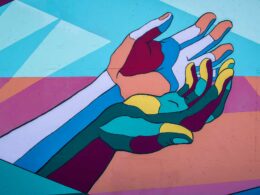 How a Time of Panic Buying Could Yet Bring Us Together

For every headline about panic buying, fighting and even arrests in supermarkets, we see other stories about communities and individuals rallying in support of each other. These interpersonal connections reveal our true humanity, especially in times of crisis.
byGuest Contributor 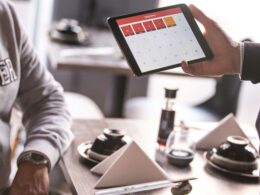 Customer Surveys Are No Substitute for Actually Talking to Customers

Customer Survey methods and technologies have come a long way in the recent past and deserve to be acknowledged for the value they provide.
byGuest Contributor 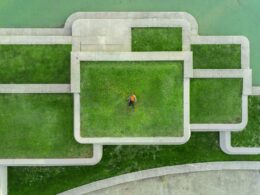 Insights-led Segmentation Is the Next Normal

More and more organizations understand the need to shift focus from mere campaigns and begin thinking about the customer. The challenge is to turn this blueprint into reality.
byGuest Contributor