How Behavioral Economics is Killing Innovation

Offers are being made that will cause customers to change their selection from a lower-cost option to a higher-cost option even though they don’t need the added value, through psychological manipulation.

When my daughter Maya was in middle school, she decided to repeat a behavioral economics experiment featured in Dan Ariely’s book Predictably Irrational for her science project. In her experiment, she offered participants from the control group two options. Facebook access, she suggested, was going to cost money. It would cost $5 a month to access Facebook through your phone only, and $10 a month through both your phone and computer. Which would you choose? Half of Maya’s 211 participants were in that control group. As much as 61% of them preferred to pay $5 for phone-only access, while 39% preferred to pay $10 for phone and computer access. The two options offered different value and different cost. It was an economic value/cost decision.

What would the conclusion be, thus far? That consumers value phone access more than they value computer access.

But that wasn’t the point. The other half of Maya’s participants, the test group, had a third option. They could pay $5 for phone-only access, $10 for computer-only access, or $10 for phone and computer access. It is clear to see that the second option, the one not available to the control group, was not attractive. If you were willing to pay $10 a month, why wouldn’t you take the last option and get access to Facebook on both your phone and computer? As expected, none of Maya’s test group participants chose the second option. With that option out of the way, you would expect the distribution between the first and third option, the same options offered to the control group, to be the same. Wouldn’t you?

Well, the purpose of this article is not to explain how behavioral economics work. There are plenty of books and courses you can take (and if you work in marketing, you will) in order to understand these marketing and sales techniques that will increase your revenue without offering better products.

As of the second quarter of 2019, Facebook had 2.41 billion users. What would be the impact of this shift in option selection be on Facebook revenue and profitability? Assuming all Facebook customers were used to pay $5 or $10 a month (I know, they don’t…), Facebook subscription revenue could go from $201 billion to $221 billion. A clear 10% revenue growth without offering any new value, and even better: without any additional cost. It doesn’t cost more to serve a customer who requires access on two devices instead of only one. The content they are accessing is the same, and they would not need to access it on both devices at the same time, so no additional bandwidth is required. Furthermore, as of June 30, 2019, Facebook reported a new profit margin of 27.26%, 2019. An increase of $21 billion in revenue with no additional cost would drop straight to the bottom line, thus increasing the company’s net profit by 37%.

OK, the above scenario is hypothetical, because Facebook access doesn’t cost money. However, the method described is used by marketers every day. Offers are being made that will cause customers to change their selection from a lower-cost option to a higher-cost option even though they don’t need the added value, through psychological manipulation. As a professional speaker and entrepreneur, I receive daily offers of how to increase my revenue through new marketing techniques, drip campaigns, and other methods that do not require me to actually increase value, but rather only to cause my customers to believe there is more value and pay more for the same value.

Innovation costs a lot of money. Innovation requires the right corporate culture that fosters experimentation and risk taking, but it also requires money invested in implementing it and developing, and later manufacturing those products that were invented. Incremental innovation is even harder. While customers may see only marginal value increase in the transition from Full HD (1080P) to 4K video quality (TVs, monitors, video cameras, etc.), and later from 4K to 8K, the development and manufacturing efforts are significant, and the cost to produce is greater. The same applies to higher speed Wi-Fi and cellular networks. During my time on the board of the Wi-Fi Alliance, the transition from wireless speed of 11Mbps to 54Mbps took place. The focus of all competitors in that industry was to convince customers of the importance of the increase in wireless speed, ignoring the fact that, at the time, Internet access through a cable or DSL modem was less than 11Mbps and there was almost no real added value to the higher wireless speed, sharing the Internet access.

Customers pay higher prices because of their perception of higher value.

But as we turn to incremental innovation, the added cost may be higher than the real added value. When Apple introduced the iPhone 6, 7, 8, or X, it became harder to convince customers to pay more for the incremental features and functionality that, although might have cost significantly more to develop and produce, may not have offered enough added value to customers to be willing to pay more for it.

P.S., Maya won the Grand Prize for her 8th grade science project, and as of the writing of this article, Facebook is still free…

Dr. Yoram Solomon is an inventor, creativity researcher, coach, consultant, and trainer to large companies and employees. His Ph.D. examines why people are more creative in startup companies than in mature ones. Yoram was a professor of Technology and Industry Forecasting at the Institute for Innovation and Entrepreneurship, UT Dallas School of Management; is active in regional innovation and tech transfer; and is a speaker and author on predicting technology future and identifying opportunities for market disruption. Follow @yoram

This article originally appeared in Innovation Excellence. Photo by Chandra Oh on Unsplash

Not All CDOs Are Made Equal 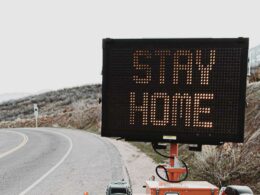 More than one third of Americans (35%) have indicated that they have virtually no trust in a promised COVID-19 vaccine, and was the critical finding in the 9th wave of coronavirus consumer sentiment research conducted by TheCustomer, Brand Keys and Suzy.
bymike giambattista 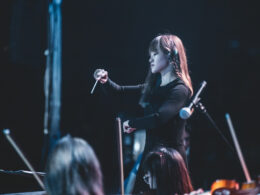 The goal of customer journey orchestration is to improve journey outcomes by enabling the most relevant interactions in the context of each customer’s goals and their overall experience.
byGuest Contributor 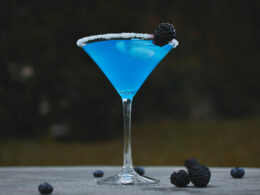 Loyalty – for virtually every alcoholic beverage category – is driven primarily by things like appearance of versatility (the critical word being “appearance”).
byRobert Passikoff 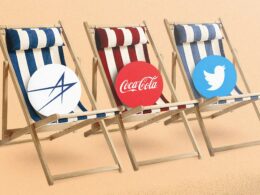 The Brand Switching Scramble: Chaos is Breeding Lots of Opportunity

Facilitated by an unprepared supply chain, store closures, and economic turmoil, the scale of brand switching in 2020 has been extraordinary.
byMarc Shull