Can Artificial Intelligence Be Creative?

When pundits discuss the future of work, there is often the assumption that certain protected classes of jobs can’t be taken over by artificial intelligence and automation. Increasingly, this class has shrunk smaller and smaller as AI has gotten smarter and smarter.

Once we thought drivers, doctors, accountants, and lawyers were irreplaceable. And yet we are beginning to see computers encroaching on those fields. Now, even the most human of professions—those centered on creativity, something we thought of as uniquely human—seem to be programmable. Recently, Chase Bank found that machines generated ad copy that resonated better with audiences than human writers. So what isn’t within the realm of machine learning?

AI’s ability to interact with the humanities doesn’t automatically make it a threat to the most advanced creative endeavors.

It’s a question that scholar Elaine Rich tackled in Computers and the Humanities. Rich writes, “Artificial intelligence tries to solve problems that occur in the world as it exists. Many of these center on people and the cultures they have created.” If programmers can “teach” an AI bot enough about human culture, Rich notes, the AI can do some pretty creative problem-solving.

Rich breaks down some “abstract” problems into their fundamental parts and shows how, with comprehensive enough data and well-structured enough logical programming, AI could be suited to tackle creative problems. In one case, she offers a “real world” example about a manufacturing company’s new line of products and their plans, goals, and expectations for marketing the new line to a specific city.

She notes that in order to understand the situation, the AI program has to have “an appropriate database of knowledge about English, as well as about the real world of advertising, sales, and jobs. We must also provide the program with procedures for applying that knowledge to this particular story.” According to Rich, once the program has adequate knowledge of the English language, and enough information about human goals and how things work in corporations, it can be programmed to process the right kind of reasoning (in this case, deductive and “nonmonotonic”)—and will then be able to understand the situation and answer questions about it.

As Rich puts it:

almost all problems rely (or ought to rely) on an understanding of the nature of both knowledge and reasoning. Humanists are trying to solve many of these same problems. Thus there is room for a good deal of interaction between artificial intelligence and many disciplines within the humanities.

And yet, AI’s ability to interact with the humanities doesn’t automatically make it a threat to the most advanced creative endeavors. Currently, AI depends on building an advanced repository of knowledge. It may well be able to solve a complex problem about human behavior, or create effective marketing materials. There is much to be said, however, for art’s ability to evoke emotion based on common experience, sincerity, talent, and unique skill. Rich proves that AI can be used to answer complicated questions. But what we think of as creative work in the humanities is much more often about asking questions than it is about answering them.

This article originally appeared in JSTOR Daily. Photo by James Pond on Unsplash.

Retailers must champion inclusivity in marketing campaigns to widen appeal 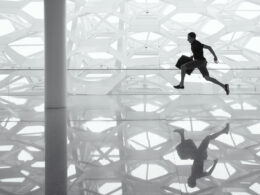 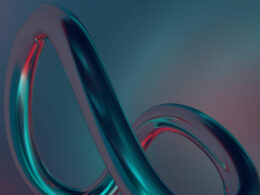 Though the metaverse is in its infancy, brands are racing to be part of the action. Sneaker brands seem to have the jump on the rest, with exclusive metaverse drops and NFT collabs.
byGuest Contributor 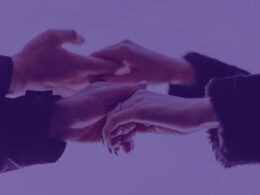 If you do not emotionally connect with your customers, you are commoditizing yourself by providing only a functional solution, a peg that is far easier to replace than a product enveloped by an emotional bond.
byGuest Contributor 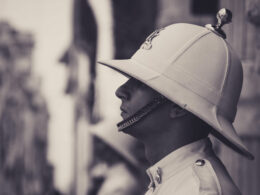 The Importance of a Data Governance Roadmap

Building a DG roadmap requires an understanding of what needs to be done and how to do it.
byGuest Contributor