The elusive marketing holy grail for a company and its brand could well be buried somewhere in a seemingly inexplicable connection between yoga pants and the pop singer Rihanna.

An emerging machine learning tool called conversational analysis is uncovering a plethora of connections between consumers’ wants, emotions — and what they’re likely to buy.

It turns out there’s much to be learned about peoples’ wants, needs and emotions from the ceaseless torrents of verbiage that flow through social media channels. Conversational analysis tools like audience.ai can examine millions of online conversations and statements through the lens of an expansive taxonomy of keywords, phrases and classifiers to contextually connect what people say in their online conversations to what they’re likely to purchase.

When words come unsolicited and unprompted in the context of an online conversation (rather than in response to a survey, for example, which has inherent biases), they tend to carry greater weight, meaning and predictive marketing value. Conversational analysis is uniquely adept at reading between the lines of these unprompted, unsolicited conversations to glean actionable, scalable insight into how peoples’ use of specific words and phrases make them more or less inclined to buy a product. When these offhand conversations are run through machine learning algorithms, they begin to define a highly relevant and engaged consumer better than traditional demographics, psychographics or contextual or behavioral markers..

So how exactly does Rihanna figure in all this? By combing through online chatter, conversational analysis helped a certain female-oriented athletic clothing brand pinpoint a reliable predictive connection whereby females who mentioned the pop star in their online posts likely also would be strongly inclined to purchase yoga pants. Armed with conversational insight on a range of target-rich niche audiences like those Rihanna fans, the apparel company was able to identify pockets of opportunity in the gaps between current and potential customers.

Even if it can’t always explain why a correlation exists, conversational analysis uncovers connections in first-party data that speak to a specific audience’s emotions, needs and intent. Trying to predict what consumers might be inclined to buy based on their past purchasing behaviors is an inexact science.

But conversational analysis gets at what is relevant and important to people by tracing keywords back to specific conversations and user information. In this way, it can create profiles and defines unique audiences who show the greatest likelihood of engaging and purchasing at the most opportune time.

From this post alone, a retailer can glean crucial bits of information. Here’s a person who clearly cares about cosmetics; buys lipstick; and prefers applying it with a brush.

One reason conversational analysis is so adept at predicting consumer purchasing behavior is its ability to glean both explicit and implicit meaning, as a case involving people moving or renovating residences demonstrates.  Of course, there are obvious connections to make and conclusions to draw from the use of keywords like “realtor,” “moving” and “contractor.”But the implied meaning behind comments like, “I can’t stand this small kitchen any longer,” “We are really outgrowing this place,” or “I hope mortgage rates stay this low” add predictive nuance and value. lt’s crystal clear that the people making these comments are strongly contemplating a move to a new residence.

In this particular instance, conversational analysis identified enough people with similarly nuanced comments to build an audience segment ripe for immediate targeting. Meanwhile, the tool was also building audience segments around more explicit language relating to mortgage brokers, school districts, realtors and the like — verbiage that suggests a move isn’t just under consideration, but imminent. Conversational analysis found these audiences as they were actively engaged in the process or contemplation of moving or remodeling — instead of finding them after the fact.

As Disney proved in a recent foray into conversational analysis, those same predictive powers can work in a promotional context. As part of its promotional campaign for Captain America: Civil War, Disney wanted to create a series of uniquely personalized videos featuring stars of the film, for delivery to specific audience profiles. Conversational analysis culled specific words from Twitter and connected them to 9.4 million users.

Within those millions of Twitter users, Disney pulled out dozens of audiences that it targeted with customized film content. The campaign delivered true personalization at scale, producing more than two million video views in its first 24 hours —  three times the benchmark for total views — along with about 440,000 opt-ins.

Even the United States Marine Corps used conversational analysis in its ad strategy. With an 18-24 age parameter in place, the Corps was able to build an audience of some 2.6 million prime candidates for enlistment by focusing on segments of men discussing college graduation, unemployment and other related topics online, exceeding the benchmark on-target rate for the campaign by 139 percent.

Figures such as these hint at the massive — and still largely untapped — potential of conversational analysis to deliver robust marketing ROI and new customers, whether those customers are inclined to wear yoga pants or military-issue camo fatigues. It turns out there’s much to be learned from consumers of all stripes if we simply pay attention to what they say.

This article first appeared in Digiday. Photo by Charles ?? on Unsplash. 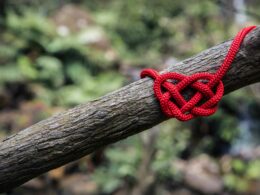 HBR: The Neuroscience of Trust

Maybe one of the most direct ways to evaluate trust is to measure its return.  That is, what is the return on trust?  What is the "RoT"?
byGuest Contributor 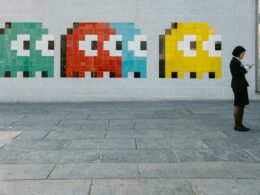 Customer Communications: The Value of Relevancy

It’s simple really. When you know who you are talking to, it’s a lot easier to have a relevant conversation.
byGuest Contributor 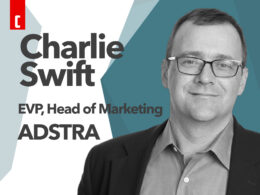 "Ultimately, I go back to that idea that if you start with the individual then you can provide a light on what information you have of an individual...so that really makes it a lot easier to be compliant because the person is what's initiates the request to be compliant in a certain form."
byEditor 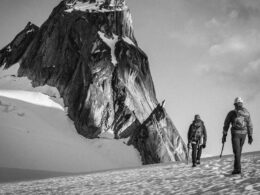 Customers want (and expect!) the very best, and if you don’t give it to them, they’re happy to look elsewhere.
byGuest Contributor