Companies providing customer loyalty and service platforms help them remain competitive, which is critical in coming out of a pandemic that left customers increasingly demanding.

Over the past few years, companies have taken an interest in making significant changes, upgrades, and facelifts to the programs they offer the public. In addition, companies providing customer loyalty and service platforms help them remain competitive, which is critical in coming out of a pandemic that left customers increasingly demanding.

Just how demanding have consumers become? Reporting from McKinsey in 2020 indicated early signs of brand agnosticism among buyers. When faced with issues like supply chain shortages and economic concerns, 75% of people tried new products. In other words, they put their loyalty up for grabs.

Even by the end of 2021, customers have remained surprisingly fickle with their pocketbooks. They’re putting their dollars only into certain brands, and they’re using all sorts of platforms to exercise displeasure. They expect a lot out of companies—and aren’t afraid to take their money elsewhere. And they don’t just want good service. They want to feel that they (and their time) matter to the brands they patronize.

Here are 7 Ways Companies Are Improving Customer Loyalty and Service:

With this in mind, many corporations have revamped all the customer touchpoints they offer to achieve superior customer experiences. Below are some of the more innovative, clever ways brands around the nation have made evolutionary leaps when it comes to customer loyalty, support, stewardship, and sensitivity.

NFTs, or non-fungible tokens, are gaining traction as part of the impending metaverse. Much like cryptocurrency, they can be treated as valuable assets. That’s why Clinique is offering three NFTs of its signature “MetaOptimist” as part of an unprecedented giveaway.

The giveaway is the first of its kind in the beauty industry. Clinique’s Smart Rewards members are asked to share optimistic stories by November 2, 2021, via social media. The top three winning entries will receive their own first-edition “MetaOptimist” NFT, as well as unique products every year for a decade. Plus, they’ll enjoy early access to the bestselling Black Honey Almost Lipstick when it returns to shelves.

To make the most of their NFT campaign, Clinique worked with Cathy Hackl, a known metaverse expert, and CEO of the Futures Intelligence Group. In addition, noted Carolyn Dawkins, Clinique Global Online’s Senior VP, the company was thoughtful about entering into the world of NFTs. Though the goal was to honor their top customers, Clinique carefully designed the campaign to drive a sense of brand authenticity.

Customers don’t appreciate friction points, especially during transactions. Take online shopping carts, for instance. As a result, nearly seven out of 10 are abandoned. And those difficult, in-person transaction exchanges? They’re just as frustrating for consumers.

Knowing this, FIS Impact Labs has launched GoCart™. The app eliminates the need for redirects, logins, or movement between screens and forms while making payments. Instead, GoCart features a pay-by-link system that allows purchases to go through quickly and securely. Plus, the GoCart option enables customers and merchants to eliminate the need to swap credit cards.

Explains Ashleigh DePopas, Head of GoCart, “With GoCart, we have reimagined payments to provide merchants of all categories one solution for current and future payment types. There are no redirects, and no login required. No long forms to fill out. No limitations, whether you want to pay online, by email, or by text.”

DePopas and others behind the GoCart system foresee it being useful beyond retail and restaurants. Some other potential applications of GoCart include making it simpler to make a copay at a doctor’s office or paying for gas at the pumps. Ultimately, GoCart is hoping to usher in the contactless payment wave of the future.

3. Connecting on a values-driven level.

Ben & Jerry’s has been an iconic standard in the frozen dessert world for decades. Though the company and its leaders have never shied away from their progressive political viewpoints, they’ve turned up their social justice angle. Today, Ben & Jerry’s isn’t just an ice cream brand. It’s an ice cream made by and for activists.

Consider their latest flavor, “Change is Brewing.” The blend of coffee, chocolate, and marshmallow flavors may be a temptation to the palate. However, the company has also made sure it’s a reminder to support Black-owned businesses and the needs of minority communities. The container features inspired artwork and serve as a call-to-action.

Not every company wants to take such a firm stand on complex social issues, although many did amidst the unrest of 2020. However, Ben & Jerry’s has always positioned itself as a forward-leaning business. By aligning its sweet, unassuming product with a serious subject, Ben & Jerry’s urges thoughtful debate.

4. Providing an “insiders only” social channel for loyal customers.

People love social media so much that more than four billion consumers are expected to use social channels regularly by 2025. Accordingly, brands have begun to foster a tremendous amount of customer loyalty on platforms including Facebook, Instagram, and TikTok. Sephora’s among them. However, the company is now rewarding its Beauty Insiders with something a bit more unique. The makeup and skincare company is offering an online community where the Sephora-obsessed can connect.

Though not an entirely new idea in terms of customer loyalty programs, having an “inside scoop” channel serves a significant purpose. First, it plays on young people’s interest in both social media and beauty. Secondly, it allows Sephora to conduct in-depth social listening. After all, the company can easily see what topics are trending. Finally, it gives Sephora an in-road for discussions with both newbies and long-time fans.

Can all businesses strengthen the relationship with buyers a la Sephora’s online community? Maybe not at first. But those with solid followings may want to consider the value of having an in-house social channel.

What could be more irresistible than a burrito, guac, and chips? For Chipotle’s customers, it was the opportunity to engage in its online Race to Rewards Exchange video game contest. Held in June 2021, the two-day online experience encouraged Chipotle loyalists to get involved in an interactive racing game, amass some points, and maybe even win the grand prize of a 2021 Tesla Model 3.

Bringing a gaming concept into the idea of a Rewards refresh allowed Chipotle to appeal to its target crowd and do something different. Noted CMO Chris Brandt in a release, “This is one of the many ways we’re super-charging our superfans and offering exclusive experiences to our most loyal guests.”

The brand has kept the game up on a separate site as a way to continue attracting attention. But did its gamble on gaming work? Though marketing numbers aren’t being made public, Chipotle stock did soar at the end of July 2021. So coincidence or not, it may have proved that, if nothing else, the gamification caused a stir.

6. Giving loyal customers the key to the front door.

Most businesses say they love their customers. Still, as one Forbes article notes, a very few are going the extra mile and providing customers with a path to partial ownership. The piece notes that organizations including eBay and Lowe’s offer fractional stock shares as thank-you options for customer loyalty.

From the outside looking in, the suggestion of giving customers stock may sound crazy. Yet, it helped bump up Lowe’s numbers significantly. A retrospective of a trial run found that people bought more from the home improvement store when they earned stock. Plus, they took more trips to their nearest Lowe’s store each month.

Again, Lowe’s example may not be perfect for every corporation. Nevertheless, it was a bold approach that paid off handsomely in sales and public relations. Additionally, it positioned Lowe’s as a competitor that wasn’t afraid of exploring uncharted territory to fuel better customer relationships.

7. Leveraging the power of AR.

Case in point: IKEA and AR have proven to be a match made in retail heaven. The IKEA Place app allows customers to see how IKEA products will look in their homes. To be sure, IKEA was well-positioned to try AR. As explained in Wired, IKEA already had plenty of 3D models in its catalog. Consequently, the company didn’t have to reinvent the wheel too much to get its AR moving along.

IKEA isn’t alone in its embrace of AR and VR tech, though. Retailers are now experimenting with uses for AR, including to help people “try on” clothing from remote locations. Over time, the interface between AR and real-life images has gotten smarter and crisper. In time, AR may be less of a differentiator for brands. For now, however, it’s a competitive advantage for companies like IKEA that get it right.

Companies will always need customer loyalty to keep the doors open. Fortunately, they have tons of choices for upgrading their platforms and processes with leading-edge tech. Leaders just have to be willing to try something a bit cheeky.

This article originally appeared on Due.com.

How to Put People at the Center of Digital Transformation 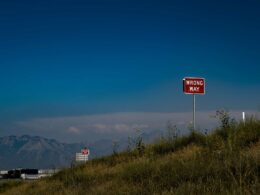 The Danger of Digital Personalization in Consumer Psychology

It's worth questioning the superiority of having unabated access to a personalized sliver of the world. Is there a unique benefit to getting things that are not explicitly designed for us?
byGuest Contributor
Read More
3 minute read

Why Conversational Commerce is Coming Sooner Than You Think

Conversational commerce exchanges take place through text, voice and social chat apps, so that a brand reaches a customer as a known contact, available to transact and support at any time.
byGuest Contributor 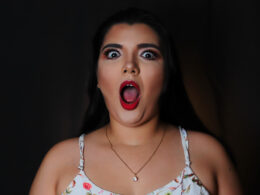 It’s easy to forget that the convenience of using free apps, shopping online, and being able to communicate with people across the world at any time comes with the loss of data privacy and putting our personal information in the hands of companies that will make a profit on it.
byGuest Contributor 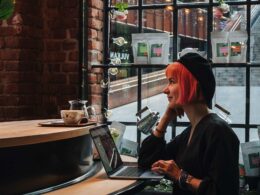 What is customer value? (+ 9 ways to create it)

According to the Zendesk Customer Experience Trends Report 2021, nearly 50 percent of customers will switch to a competitor after just one poor experience.
byGuest Contributor