The Science Behind Ironic Consumption

What exactly is ironic consumption and why would someone want to use a product ironically rather than simply using a product they actually think is good?

I was a business student at the time. My marketing textbook told me that consumers seek out products that they like or that they think will help them project a desirable image. But this sounded very different than my experience at the Gravity Pub, where we were eating food, drinking alcohol, and listening to music that we thought was disgusting while playing a game meant for retirees to win prizes meant for children.

What was my textbook missing?

My friends and I were not the first people to consume products ironically and we were certainly not the last. There is a strong dose of irony in every hipster cliché, from teardrop tattoos and prohibition-era mustaches to fanny packs and trucker hats. But ironic consumption isn’t limited to hipsters. You can see it in the popularity of ugly Christmas sweaters. You can see it when Michelin star restaurants serve macaroni and cheese, when movie snobs revel in the shoddy storytelling and production in The Room, and when liberal millennials attend Donald Trump rallies wrapped head-to-toe in MAGA paraphernalia.

What exactly is ironic consumption and why would someone want to use a product ironically rather than simply using a product they actually think is good?

In order to answer these questions, it helps to think about products as symbols that consumers use to communicate their interests and beliefs and to infer those of others. Normally, wearing a wedding ring says, “I’m taken,” listening to Justin Bieber says, “I’m a Belieber” (see the young woman in this cartoon in The New York Times), and getting a “Make America Great Again” tattoo says, “I support Donald Trump.” When consumers use a product ironically, however, they are attempting to reverse the product’s conventional meaning. By ironically wearing a Justin Bieber tee-shirt, the gentleman in the cartoon is emphatically saying that he is not a Belieber.

Why go to the trouble of wearing this shirt ironically rather than simply wearing a shirt that says, “I hate Justin Beiber”?

It appears the ambiguity might be part of the appeal. In experiments in which observers are asked how they feel about people displaying certain products like this “Vegan” hat, their reactions depend upon context.

When participants are asked what they thought about the consumer (Do they like her? Do they think she is cool?) as well as why they think she is using the product (Is she being ironic or sincere?), their responses are interesting.

Ironic consumption lets people selectively signal one meaning to an in-group (which is likely to detect irony), and another to out-groups (which are unlikely to detect irony). For example, suppose I’m a meat eater with a handful of close meat-eating friends, and we are surrounded by neighbors who believe that eating meat is wrong. By ironically wearing a “Vegan” hat, I could make a good impression both on my vegetarian neighbors, who will think I am a fellow kale enthusiast, and my friends, who will realize that I am wearing the hat ironically.

The ambiguity associated with ironic consumption can help consumers not only when they are surrounded by people who with different tastes and beliefs, but also when they are uncertain about what message a product is going to signal. Irony offers a shield against anyone who might question your decision to try out an unusual product, like a dress made of balloons.

Caleb Warren joined the Eller College of Management in 2016 after previously working as an assistant professor of marketing at Texas A&M University and Bocconi University. His areas of expertise include humor, symbolic value and goal pursuit. Specifically, he studies consumer psychology and investigates consumer responses to behaviors that part from the norm. He is affiliated with various professional organizations including the Association for Consumer Research, the Society for Consumer Psychology and the American Marketing Association. 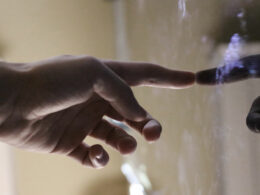 Ushering In The Age Of Dynamic Personalization

Through dynamic personalization, the guest experience when interacting with your property, will become one that not only recognizes their attributes, behaviors, and identity, but one that picks up on the nuances of intent, motivation, and sentiment.
byGuest Contributor 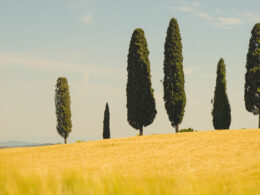 Passikoff: How to Grow Wallet-Share in a Recession

If you want to see increases like that for your brand it means continuing to promote your brand during recessionary times.
byRobert Passikoff

Marketers Need To Be Aware Of Cognitive Bias

What really qualifies as rational thinking? There really is no right or wrong answer. Here are 50 cognitive biases to guide marketers' thinking.
byGuest Contributor 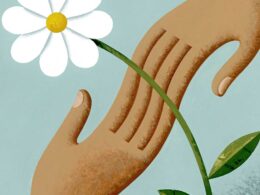 Why Investing in Consent and Preference Management Is Vital in 2021

The future of data collection will focus on earning consented data from consumers directly. Rather than web scraping, it will be more transparent. That’s a good thing!
byMichael Fisher