Stop Flushing Your MarTech Money Down the Toilet

CRM can be a VERY expensive proposition.  TrinityP3’s Anton Buchner does some cost calculations to help marketers stop ‘flushing money down the toilet’.

CRM costs can be huge.  TrinityP3’s Anton Buchner loves customer relationship management (CRM), but only when it’s done well. Here, he does some cost calculations to help marketers stop ‘flushing money down the toilet’.

Clicking into Mumbrella, I read the headline: ‘Mark Lollback’s big regret as McDonald’s CMO: Flushing ‘$3m down the toilet’ on Salesforce‘. He was speaking as part of a session moderated by Mi3’s Paul McIntyre, at The Future of TV Advertising conference held recently in Sydney.

Now I’m not one to rip into customer relationship management (CRM) technology for the sake of bashing it. I love direct-to-consumer marketing, or CRM, when it’s done well. And by well, I mean when it has been strategically identified as to its role in helping a client improve its marketing.

For McDonald’s Australia, or any client for that matter, an ROI business case (amongst other assessments) should have been done, to show how the new CRM program could deliver incremental profit over a period of time with specific segments of consumers. Ideally breaking even within three years, and then ROI positive thereafter.

The key word in all of this is “incremental”. So by doing something extra – and in Macca’s case spending $3m – how many extra burgers, fries, and other products would they need to sell in order to become ROI positive?

Breaking even in 34 years!

If you’ve never done a ROI calculation for a CRM program, then here’s what you do. You take all the products on the menu and identify the marginal contribution (MC) amount (profit) for each product.

For example, here are some retail prices for McDonald’s products as of March, 2020.

But you’d need to calculate the MC for each product. Salesforce would have been privy to this information. I’ll just take a blanket guess and apply an average of 25%. Hence the MC of the products above would be:

You can then identify the segment of customers on the database that you want to affect.

Let’s assume Macca’s acquired 1m consumers to its database. Now of course there are acquisition costs that need to be factored into acquiring people onto the database, and then an annual churn rate would need to be factored in for each year of CRM activity. But if we then assume out of the 1m consumers, Macca’s could affect 10% of them with CRM activity. Then they could affect 100,000 consumers per year.

You’d have to identify what these 100,000 consumer’s current annual purchase value is, calculated on their total product purchases per year multiplied by the MC rates of the products purchased. And then work out a projected incremental value. Maybe projected on a 2% annual shift.

Now in the above simplified calculations, I’ve assumed that the $3m figure that Mark Lollback mentioned was a total marketing spend, but of course it’s probably only the cost for Salesforce.

As mentioned, you’d need to factor in the cost (and yearly projected database growth in the number of consumers) to acquire 5m people onto the database, the annual churn rate, and the actual cost of the CRM activity to generate the purchasing shift, to get a total spend figure (investment).

I’d hate to guess this number.

This article originally appeared in Mumbrella. Photo by Curology on Unsplash. 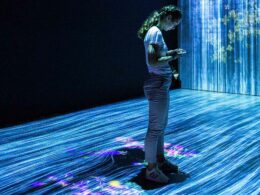 AI Has Already Changed The Consumer

Businesses are failing to recognize how artificial intelligence (AI) has already changed the consumer, according to Mathew Sweezey, director of marketing strategy at Salesforce.
byGuest Contributor 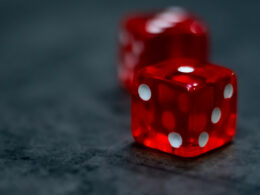 Don't leave change to chance. Transformational initiatives are enterprise initiatives and require a significant amount of bandwidth to be successful.
byTim Myers 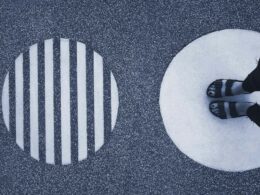 The only way to adequately protect consumer data is to understand the intentions and motivations of its end users and design data privacy policies with their interests in mind.
byGuest Contributor 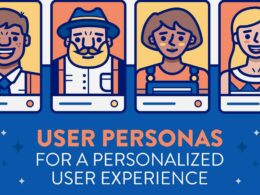 How to craft personas for UX design

Personas are stand-ins for your consumers that you create using demographic data as well as informed investigation.
byGuest Contributor