According to our research, Payless has high aided awareness and recognition, but it isn’t the first brand consumers think of when their category comes up. Nor the second or third. The brand is known, but unfortunately not well and not desired, as two previous bankruptcies have shown.

That word sounds bad. Really bad. It sounds final. Like the end of everything. It isn’t, but it should be an onomatopoeia – a word that phonetically suggests the thing that it describes – because it does. It sounds like the noise a brand would make when its strangling just before dying and going away forever. It’s not always forever though. For many brands it’s sometimes accompanied by the designation “Chapter 11.” In Chapter 11 a company that owes more money than it has, and rather than just wither and die, proposes a reorganization plan to keep business alive and pay creditors over time and come back from the near-dead. So, a financial revivification of sorts. Yeah, it still sounds bad.

Brand Keys always has a head’s up about which brand is about to turn the page to Chapter 11. No, no crystal ball, just real-deal brand information: loyalty metrics.

Loyalty is a leading-indicator of consumer behavior. If consumers are loyal to a brand they behave better toward a brand and, absent egregious financial mismanagement, axiomatically, the brand should do better profit-wise and never have to think about bankruptcy.

The inverse is equally true. As loyalty decreases, the chance of profits decrease too. You eventually recognize the death-spiral pattern where loyalty levels keep getting lower and lower, sales and profits keep getting glower and lower, and the brand ultimately ends in Chapter 11 proceedings – or worse! So, no crystal ball, just extraordinarily predictive research.

We’ve seen that with a lot of brands. We saw it twice before with Payless, aka Payless ShoeSource, aka another name after that one. Like a lot of retailers, the brand emerged both times from Chapter 11, the third time in January as “Payless Worldwide,” just in time to walk into the pandemic. Talk about bad timing!

In addition to closing its 2,500 U.S. stores, they’re going online. Again. They had an online presence, but as there are over 7 million online retailers in the world, 2 million in the USA alone, 570,000 traditional etailers, the rest branded or virtual product sites, you’d be forgiven if you didn’t remember (or even know) Payless had an online presence. They did, but it was (and here I’m being kind) rudimentary.

According to our Customer Loyalty and Engagement Index, traditional online shoe retailer loyalty rankings look like this:

Payless is planning to re-open about 15 percent of the stores they once had and do it over a five-year period of time. So, not a lot of stores. The new stores will have much smaller physical footprints, no pun intended. With pandemic-fueled fears, research indicates that consumers may be reluctant to step into brick-and-mortar stores, no matter how modernized (or sanitized). And because COVID-19-boosted online shopping is predicted to account for 21% of all retail sales, Payless is counting on going online big-time.

Payless thinks starting fresh is a good thing and believe that they can get as much as 40% of their sales from online (versus the previous 6% the brand earned before their most-recent bankruptcy) if they can create an online brand experience that engages. Going online lets the brand get out from its crushing overhead and reinvent itself. As to reinvention, one of the brand’s consultants was quoted saying, “Payless is a brand that people know and it’s betting on that recognition to get consumers to pay attention in a crowded marketplace.” We wouldn’t take that bet.

“So, while it is marginally better than casting bones in the sand, there are more accurate, more emotionally-based models out there today to determine what will actually engage customers, get their attention and sales.”

According to our research, Payless has high aided awareness and recognition, but it isn’t the first brand consumers think of when their category comes up. Nor the second or third. The brand is known, but unfortunately not well and not desired, as two previous bankruptcies have shown. In fairness, the same consultant noted, “But it will have to create a compelling experience to get consumers to come back.” And therein lies the difficulty. Getting people to experience you is vastly different than getting people to remember you. Or even think of you. It will take great feats of marketing for them to accomplish that and, yes, that pun was intentional.

The philosophy surrounding awareness is based on a classic approach developed during the Mad Men era. It’s called The AIDA model. The AIDA Model proposes that there are four cognitive stages an individual goes through during the purchase process. The AIDA stands for:

Sounds simple, doesn’t it? Well those were simpler times. And it still remains as some sort of skeleton for what we now call, “sales funnels.” But an “awareness” model is still the longest route to sales and profitability you can take, and that’s when it’s executed perfectly. So, while it is marginally better than casting bones in the sand, there are more accurate, more emotionally-based models out there today to determine what will actually engage customers, get their attention and sales.

Payless says it is going to find new designers to partner with and is going to develop a “cool, fun experience,” which is going to make things different for the brand this time, but I’m betting that’s not the first time those three words have been used to describe online shoe shopping.

The new online tech innovations will let parents scan children’s feet for the correct size although there are actual apps to do that for you now. And stores will have something called “SmartMirrors” that will let shoppers “see” styles and colors not available on the sales floor. And voila, that’s the Payless reorganization plan!

Time – and customer loyalty – will ultimately tell as it does for all things. Jimmy Choo, a shoe designer of some note, once commented, “The right shoe can make everything different.” It turns out, the right research can too.

Photo by James Bold on Unsplash. 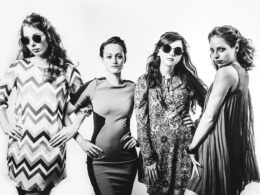 Where Are We with Brand Personalization?

If your brand offends the customer on the privacy front, you will lose that customer.  We have seen the legislation.
byGuest Contributor 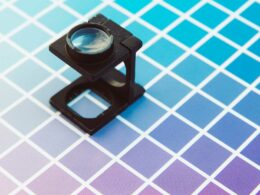 Can We Design User Experiences with Emotional IQ?

It was a proud moment when I earned my title as Experience Designer after earning my Master’s degree.…
byGuest Contributor 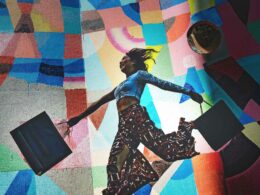 Many brands take advantage of regular sales to cultivate loyalty but a truly omnichannel approach has to last the entire year.
byGuest Contributor 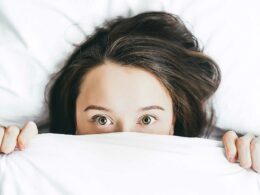 Do you know what your consumers are hopeful about? Or anxious about? Or maybe (more importantly) what they…
byGuest Contributor