The class action lawsuit against Oracle and Salesforce, announced earlier this year, has now officially been filed – and the two cloud giants could face huge GDPR fines.

According to Computer Weekly, the duo will have to present their case at the High Court of England and Wales.

The pair was sued by privacy campaigner and data protection specialist Rebecca Rumbul, who claims they “unlawfully” gathered user data and used it to “follow” people around the internet with ads.

At the same time, a parallel lawsuit is taking place in the Netherlands, backed by The Privacy Collective Foundation. Depending on the counts on which the two firms are found guilty, they could be looking at a fine of anywhere between $13 and $19.5 billion.

“The data these companies are compiling on ordinary citizens is terrifying. With their tracking technologies in use across the most popular websites, it is hard to escape from their data collection,” Rumbul said,

Salesforce, however, played down the lawsuit suit. “The claim applies to the Salesforce Audience Studio service and does not relate to any other Salesforce service,” a spokesperson said. “Salesforce disagrees with the allegations and intends to demonstrate they are without merit.”

For the time being, Oracle remains relatively quiet on the matter, although the company did describe the lawsuit as “meritless action based on deliberate misrepresentations of the facts” in the summer.

This article originally appeared in ITProPortal.

REPORT: State of the Connected Customer 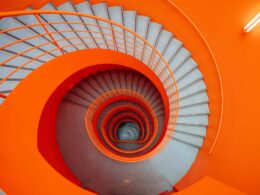 The Marketing Funnel is Dead. Long Live the Funnel!

Nothing is linear and marketing is not easy.  It was easy at one time but that was at least two years ago.
bymike giambattista

Forrester announced the guest keynote speaker, musical performer, and conference agenda for its CX North America 2020 virtual experience, which will be held…
byEditor

The dark web has a longstanding reputation as a haven for the worst kinds of criminal activity. This…
byEditor