If you thought that brand loyalty was an esoteric measure of how customers “feel” about certain products, then you only had a very small view of the importance of these metrics and the breadth of the ways they can be used.

In the latest installment of Conversations with TheCustomer, I sat down with Robert Passikoff, founder and CEO of Brand Keys, to talk about their latest Loyalty Leaders Index.  But as our conversations often do, this one veered from a simple discussion about the current winners and losers to a deeper unpacking of why these metrics are so important and how brands can use the brand loyalty indices to form a series of roadmaps to improve their bottom lines.

If you thought that brand loyalty was an esoteric measure of how customers “feel” about certain products, then you only had a very small view of the importance of these metrics and the breadth of the ways they can be used.

Robert and his team have been analyzing brand loyalty for 24 years and, as you’ll see, this year saw some radical changes in the rankings – and the values that influenced them.  There can be no doubt that the pandemic has created an entirely new dynamic between brands and customers but rest assured (and see the data that backs this up), brand loyalty is anything but dead.

I’m Mike Giambattista. I’m the publisher of the customer. I’m here today with Robert Passikoff, who is the founder and CEO of brand keys, brand keys. And if you don’t know, has been surveying and publishing the results of their surveys for Robert, uh, 24 years at this point, I believe. Um, 25 that’s right. That’s a, that’s a big number and the form of the loyalty leaders index.

What Robert and his company ended up producing is a ranking of consumer loyalty by category, which is really, really interesting stuff. The value of what goes on behind the scenes of all the drivers in those rankings is where. There’s money to be made. It’s where it’s, where you can see how consumers are responding to the complex drivers here.

So, first welcome. Thanks for doing this with me, Robert. I love chatting with you about all this, but, um, maybe we can just spend a moment or two talking about why loyalty leader report, what makes this important for a brand beyond just a ranking.

Brands that best meet those expectations for the things that drive the category are always the, always the leader in the game.

And so the list that we put out, yeah. It ranks it. And so it goes, okay. Amazon was first online retail or, you know, views to second and third and fourth, but. And while that’s interesting, you know, Nate jets to talk about it at the water cooler, we have water coolers. I don’t think so. Um, there are diagnostics behind and the diagnostics essentially say, look, you as a consumer, a totally – understand this – totally unreasonable, because what do you expect? You expect everything. You may not be able to explain to me how high up is, but the psychological metrics allow me to see that. And then I can say, this is what you wanted. This is what you desired. This is what the brand delivers. And that gap provides you with an opportunity, right?

And that gap can be broken down. As I understand it. Into a whole series of emotional and practical drivers that address through either messaging changes or, and, or product changes. But, um, however you need to do it. All those steps are outlined for you. So, having settlement we’ve seen, we’ve both seen commentary out there from people in the marketing room saying that, um, due to Kobe brand loyalty is now dead.

Let’s take the realistic approach, which was, it would be, I needed something. The brand that I always bought that I can attest to was because of loyalty, not just habit or casual purchase, um, wasn’t there. So, I bought something else. Now, what. A lot of the consulting firms will turn around and go. “So now Mike, that you bought, what brand that would you consider brand?”

That’s the next time you need to buy whatever the hell the product was. And the easy answer of course is yes. I mean it’s why not quite, yeah. What is now? Sure. I will just absolutely. You can trust me on it. I absolutely will. Except the fact is, is that for 30 years, 30 years now, we know that stated purchasing 10 is always, always, um, stated at higher levels and really reflecting the marketplace.

The matter of expectation, measuring expectation against what drives category is critical because it isn’t black and white anymore. It isn’t by, by Coke, you buy Pepsi and I’m not going into a store that only has Pepsi and the burger. I don’t care about the burger. It isn’t that way anymore.

So, having said all this and added what I really believe is really important context to your work because I, for one think that the rankings are fascinating. Yeah, I like to see the winners and losers and talk about the whys behind all that stuff. But I think it’s much more important to talk about the fact that all of those drivers provide actionable insight for brands to improve their brand loyalty and therefore the ROI that generates down the line.

I mean, you know, the stores were, the storage were raided and there wasn’t anything there. And supply chain ran behind. The issue is you go, you know what? You didn’t show up when I needed you. So, I am not ever buying you again. That’s ridiculous.

Yeah. So, but you said something really interesting in your commentary on this year’s loyalty leaders list, you said that the pandemic was a big deal the people who showed up near the tops of these lists showed up because they addressed their customers with a certain genuineness. And those are my words, not yours, but, but you know, it wasn’t enough to say, yeah, we’re all in this together. And that’s your big message. Yeah. I mean, that, that resonated for about a minute. Yeah, that was a great message. But there are still brands out there who are pulling on that string. So what else were there, what are some of the things that the winners did that the loser didn’t?

Two years ago, we looked, the next mutations in categories had gone up. Dramatic expectations, always go up. I mean, consumers are not constrained by the fact that this is what they want. It’s like, well, it’s, like I said, you know, I wanted, I sent it.

Most of the time, on average expectations have go up about 25% across all the things that people are looking at on a yearly basis. General rule of thumb. That’s, that’s a pretty big jump. Brands managed to keep up by about 9%.

So the difference between the 9% than the 25% is, is, is a gap of expectation gap that says, “gee, Mike, if you could fill that expectation”, and again, maybe you can, because consumer that’s not practical, right? Well, or the juice isn’t worth the squeeze of the spirit. Exactly. Right. Or, or. It isn’t it, isn’t something that you can, your brand can easily address.

And if you look at online retail – the stories weren’t open. They got the expectations for online. Retail are up 67% and there are nine or 10 specific values that have shifted around that. An online retailer could address

Thank you, Robert – always good talking with you.

FRANKLAND: It's Time to Demystify Decisioning 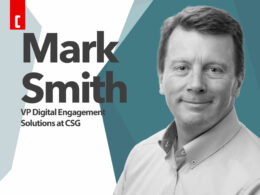 CSG recently released their 2022 State of the Customer Journey Report and we’ve covered it, we’ve published it,…
byEditor 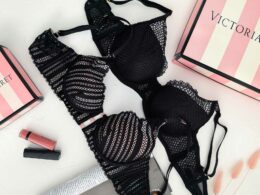 Passikoff: Victoria’s Secret is a Study in Market Tone-Deafness

Victoria’s Secret brand loyalty is down. The brand needs a new flight path for the evolving retail atmosphere, or it will continue to pay the price.
byRobert Passikoff 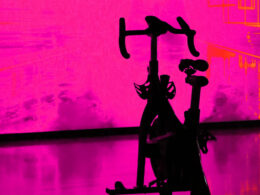 The perfect storm blew the Peloton brand out of the luxury category into a sector some consumers thought of as a “necessity,” and that was good.
byRobert Passikoff 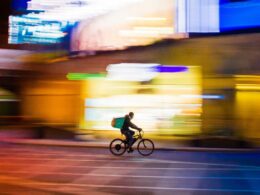 Remove obstacles and create simple ways for customers to gain the most value from your loyalty programs.
byGuest Contributor