We spoke with Howard Lax about the changes he has seen and what he’s looking toward as the worlds of Customer Experience and Employee Experience evolve over the near term.

Recently, we had the opportunity to speak with Howard Lax of Confirmit, about some of the changes he has seen over the span of his 20+ year career in customer research and what he’s looking toward as the worlds of Customer Experience (CX) and Employee Experience (EX) evolve over the near term.  The conversation was edited for space.

If you wouldn’t mind tell us a little bit about your background and your position at Confirmit.

I’ve been in and around customer experience and before that, customer loyalty research for 20 plus years. The first eight or nine years I was on the on the client side and then following that, on the supplier side with a series of traditional market research suppliers.

Essentially, my roles at those firms were very much like my position at Confirmit, working with clients on the front end to understand what their challenges and issues are, and based on that, working to conceptualize and design what the program solution should be.

On the back end, in terms of the analysis, I work on interpretation and presentation of the findings, and most importantly, the step that’s incredibly often overlooked – what do we do about implementation so that we have more than just a measurement.

I’ve worked with several firms that have developed their own in-house technology. And one of the reasons I had wanted to move to Confirmit is because some of those same people that I worked with had moved to Confirmit and they’ve been doing some great work over here.

Because you’ve been a part of this space for so long, you’ve no doubt seen changes in the approaches to loyalty and customer experience and the thinking behind it.  You’ve seen it go from transactional mechanics to include things like psychological motivators and triggers, and trying to map out entire ecosystems in the journey. I’d be interested to hear your perspective on the changes you’ve seen.

There is a clear trend among the leaders in the CX space toward democratizing access to data for better decision making. And there also is a clear trend toward doing more employee engagement and employee experience work. And of course, the most important and valuable things happen when you connect the dots between those two groups.

It all feeds together and the more pieces you can connect, the better prepared you are to create this single source of truth and to actually build a much more robust understanding of the customer – as opposed to just looking at CX through one narrow lens.

Can you talk about that emotional connection? How is it measured? What should it look like?

The psychologists and behavioral economists confirm that two thirds of human decision making is probably emotional – one third rational and that’s probably being generous. And companies just give lip service to measuring the emotional connection, or worse, they dismiss it because they don’t understand how to fix it – how to affect it.  So, often times they just opt to fix the product, to make the product better as if that will somehow cure the issue.

We have a very flexible approach so that we flex with the needs of the client. We have clients who just want the technology and a little bit of training and to call us if they have a problem, and they do everything on their own. And then we have clients at the other end of the spectrum, where it’s a full-service relationship, and we have consultants like myself, who play both front-end and back-end roles.

At the beginning of the conversation we talked a little bit about where this field has come from – what it looked like five to ten years ago. But if you would, look out another five years – where and how do you see the world of cx evolving and what are the things we’re going to be looking at to affect customer loyalty and customer behavior?

I see a lot of conflicting challenges emerging. For example, the incredible rush of technology has enabled much more mass personalization and mass customization than ever before. And while that trend is going to continue, it’s going to run head-on into the whole privacy / security confidentiality issue.  In fact, it already has.

Here's Why CX Strategy has to Start in the Boardroom

How Automation Can Give Us Back Our Empathy

In our pursuit of faster, more immediate service, we've lost the human touch. According to a recent Forrester Research report entitled "The Missing Human Connection," that sacrifice could mean the difference between success and failure
byGuest Contributor

On average an annual increase in consumer expectations of 28% might reasonably be anticipated. Brands, on the other hand keep up by five to seven percent leaving an enormous gap between what consumers truly desire and what they see brands delivering.
byRobert Passikoff 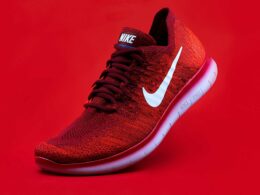 We looked to our Loyalty Leaders List and drilled down to examine the percent-contribution the graphic IDs that 20 brands consistently use in their marketing.
byRobert Passikoff 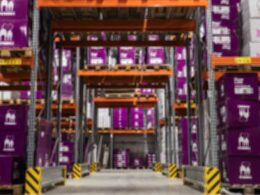 "In 1974 we figured out how to put a barcode on a product and here we are half a century later managing inventory the same way."
byEditor