Researchers, psychologists and marketers have known for years that human decision making is two parts emotions, one part rational thinking.

Over the years I have measured what customers say and feel about iPhones/iOS and Samsung mobile devices/Android OS. Without fail, the Samsung/Droid combo wins the head-to-head comparison, earning stronger scores on performance and function from its users than iPhones receive from its customers. And, without fail, iPhone users exhibit stronger loyalty to and engagement with Apple and their devices than Samsung customers display towards their Droids.

This despite a series of actions by Apple that could have proven disastrous for their customer relationships:

The Mac vs the PC shows a similar dynamic. While not quite a scientific sample, I have two adult children who prefer the functionality of their Windows devices as offering better performance. But I also have two adult children who love their Macs. Which do you think is the stronger bond: preference or love? Preference is better than being second choice without a doubt, but love trumps both.

Companies sell stuff. Our stuff is better than the other guy’s stuff. See, here are the specs, it’s all on the label: size, speed, calories, cost per unit, warranty, term . . . details ad nauseum.

Yes, the product matters and needs to be first-rate. But that’s a given, and competitive products also tend to be first-rate, as the market pushes towards commoditization. Every mobile phone carrier boasts the largest and fastest network; every insurance company promises they can save you money over the competition; and every company in every sector waltzes out their JD Power awards for best whatever. Yawn.

If/when a company’s VoC scores lag, they rush to call in the product-fixers, the folks in the lab coats: make our product better, faster, more durable, less expensive . . . whatever, just make our product features score higher with customers. So the feature/function war rages on.

But Apple doesn’t win solely on its features and functions ratings that appeal to the head. It wins on the experience and emotional connection that appeals to the heart. This is by no means a criticism of Apple products. Rather, it’s a testament to everything they have done to create a sense of community, dedication and belonging that surrounds their products and makes everything-Apple incredibly sticky with their customers.

Researchers, psychologists and marketers have known for years that human decision making is two parts emotions, one part rational thinking. (My own research actually has borne out this split.) Certainly, the marketing folks have long taken this for granted.

Yet, in the CX arena many companies act as if customers read the back of the label on everything they consider buying and make some type of optimally informed purchase decision. There is a distinct tendency to focus measurement and analysis on the rational elements of customer experience and loyalty. As a consequence, the CX and research staff report back to their leadership that great experiences and stronger customer relationships are driven by functional performance on features X, Y and Z. Consequently, it’s a self-fulfilling prophesy that planning and actions tend to focus on functional performance.

I get it: it’s much easier to measure the visible part of the iceberg than the part that is submerged. More importantly, it’s much easier to “fix” the product than it is work on this inherently soft and amorphous thing called emotion. Besides, emotions aren’t “actionable,” the story often goes, as folks scurry off focusing on the components of the third of the issue that usually don’t move the needle very much. Tail wags dog.

Customer interactions and relationships with an emotional dimension are inherently more memorable than those lacking in any emotional involvement – and our memories of prior experiences are key to our future behavior. This rubs both ways. In fact, negative emotions typically are more potent than positive feelings, as people (and animals in general) process and act on negative information more quickly than positive information. Worse yet, negative information is more enduring in our memories and is shared more often with others than favorable info.

The large majority of interactions and transactions leave little or no impression on customers. Absent any emotional imprint, these interactions pass quickly and vaporize, almost as if they didn’t happen, in which case it has no impact on future behavior and the customer relationship. While this certainly is better than leaving a bad taste from a negative experience, such fleeting interactions aren’t memorable and leave no glue behind.

Ignoring or simply paying lip service to the emotional dimension is short-sighted and risky, as it is not navigating the submerged part of the iceberg that is the real threat: if you do not emotionally connect with your customers, you are commoditizing yourself by providing only a functional solution, a peg that is far easier to replace than a product enveloped by an emotional bond.

No one said that delivering experiences that build enduring customer relationships is easy. You can, if you prefer, concentrate on fighting endless function battles, tinkering with price, size, weight, footprint, fat content . . . Or you can increase your focus on the emotional hooks that create more durable and lasting bonds with customers.

This article first appeared on Confirmit. Photo by S&B Vonlanthen on Unsplash.

How Brands Can Earn Consumer Trust

Can you Solve the “My Car is Allergic to Vanilla Ice-Cream” Problem? 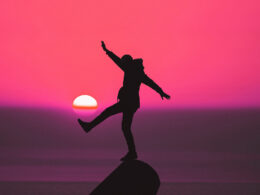 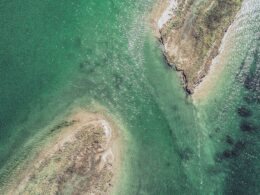 How to Communicate Supply Chain Driven Shortages and Delays to Customers

The customer experience very much depends on how you do it.
byGuest Contributor
Read More
4 minute read

Understanding the Cohort of Moms

The modern mom is not the stay-at-home stereotype you remember from TV – she usually has a job outside the home.  She also relies on a larger, unpaid network of family members to balance everything she needs to get done.
bymike giambattista 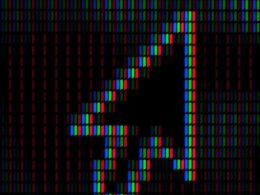 The Evolution of our Digital Diet: Breaking the Algorithm

Are we currently in the first inning of understanding our digital diets? Many of us have been feeling uneasy for years, and it’s time to figure out why.
byGuest Contributor