The Truth About How Voters See The “Ideal” President

Registered Democrats rated Biden strongest on Trust (92%), and relatively weaker on Resolve (84%). Trump was rated highest by registered Republicans on Resolve (85%) and weaker on Compassion (65%). The differences are compelling.

“Loyalty and engagement metrics are leading-indicators of consumer – and voter – behavior,” noted Robert Passikoff, Brand Keys founder and president. “They inform us as to how a voter is going to behave. We recognize that few Republicans in the administration or elected officials risk coming clean about President Trump’s behavior and agendas, but our psychological assessments reveal the truth about how Republican voters really feel about Trump.”

Fifteen-hundred (1,500) registered Democrats and 1,500 registered Republicans participated in the evaluation of Joe Biden and Donald Trump between October 18–23, 2020. Differences of +3% are significant at the 95% confidence level. Engagement diagnostics appeared as follows:

“Because Electoral Engagement is more than party affiliation, this year there are even more critical implications. An estimated 50 million Americans have already cast their ballots, eight times higher than the same period in the 2016 election cycle,” cited Passikoff.

“From an election perspective, our model is highly validated,” said Passikoff. Brand Keys has used these engagement assessments in every Presidential election since Bill Clinton ran against George H.W. Bush in 1992 and has correctly predicted the winner in every presidential election – with the exception of the 2000 race where George W. Bush beat the predicted winner, Al Gore.

“That’s an overall 86% success rate, even more extraordinary when you consider our model wasn’t designed to factor in Supreme Court rulings,” said Passikoff. “We called 2016 for Donald Trump too when virtually all traditional polling reported Hillary was going to win. Her Emotional Engagement with voters wasn’t high either.”

Traditional election polls are only snapshots of particular moments in time, so not entirely extrapolative. “But when it comes to emotional engagement assessments,” noted Passikoff, “Whether in the marketplace or the voting booth, whether for pizza or politicians, pandemic or not, they measure what consumers really think, as opposed to what they say they think.”

And, as Emotional Engagement assessments are leading-indicators of voter (and consumer) behavior, candidates seen to best meet expectations overall for the five vote-drivers always turn out to be the winners,” said Passikoff. “This election cycle it looks to be Biden.”

Photo by Element5 Digital on Unsplash. 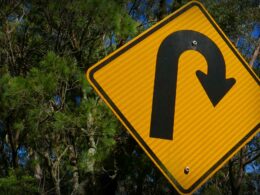 Can You SHIFT Consumer Behavior?

Do you really understand your consumers well enough to predict behavior change? How do brands foster those kinds of changes?
byGuest Contributor 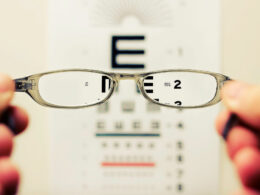 Data vs. Opinion: Why You Need Both

The paradox of data as it applies to marketers is that, as we come to know more and more about our customers’ habits, interests, and buying behavior, we can lose our connection to them as human beings who are not just consumers.
byGuest Contributor 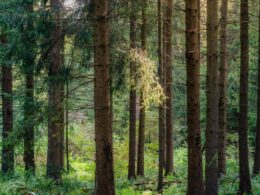 We’re in an age when what customers think — and do — matters more than any other business factor, and so the gold rush for customer insight is on.
byGuest Contributor