In a world where consumer trust is strained, brands need to stop battling attention filters and begin leveraging them instead.

By creating hubs of trust and information that consumers actively seek out, influencers have become a natural adaptive solution to the new world.

6.75 is the amount of calories your brain will consume over the next five minutes whilst you read this article.

Do you ever think about it? As humans, when we pay attention, we are literally paying for it. We are paying with biological resources. And the scary thing is, human brains only have roughly 300 calories to spend each day according to David A Levitsky, professor of nutrition at Cornell University.

Why so few? Well, for our hunter-gatherer ancestors 300 calories was enough. It allowed them to stay alert (and alive) whilst living in the wild, where inputs were few. While this system worked well in 10,000 BC, it is not the case anymore. In fact, from an evolutionary biological perspective, our brain hasn’t evolved much since then. But our world has. We still have 300 calories to allocate to each day but the inputs we are exposed to have increased exponentially.

Our limited biological capacity means that today’s consumers can’t cope with the abundance of content, ads and all sorts of other inputs they are forced to pay attention to. They have to be selective with their attention to prevent reaching neural fatigue, a state of continuous anxiety due to stimulation overload. As a result, modern consumers are becoming savvier and are now filtering out most things they are exposed to, which means they are becoming increasingly difficult to reach and influence.

But how do consumers decide what to pay attention to? They rely on attention filters. And to thrive as a brand and marketer today, it is crucial to understand the fundamental working principles of these attention filters as they are key to reach and influence the behaviour of the modern savvy consumer.

Through time, consumers’ attention filters have evolved and are now becoming increasingly difficult to understand and push past.

In fact, attention filters have always been here. As hunter-gatherers we started with basic biological filters such as our brains and nervous system, which was sufficient back then. However, with the rise of mass media and technology, our brains were not enough and consumers had to start increasingly relying on external attention filters. A process that started with silencing modes and ad blockers and ultimately turned to influencers. But why is that?

By creating hubs of trust and information that consumers actively seek out, influencers have become a natural adaptive solution to the new world. In fact, the very nature of social media has put the power back into the modern consumer’s hands to actively decide who they want to follow and ultimately who they want as part of their network. By simply following and unfollowing influencers on social media, consumers have been able to replicate the internal processes of their brains. Influencers help them declutter their world, which in turn allows them to solely consume content and buy from brands which align with their true values and unique aspirations.

In other words, influencers help modern consumers spare and allocate their 300 calories in the most efficient way to become better, happier human beings.

And in doing so, influencers are changing the rules of the game. Up until the early days of the internet era, buying attention and targeting a set of demographics with a broad brand message used to be enough to drive traction. But attention filters are becoming stronger and it is becoming increasingly complex to do so. As a result, CPAs are rising exponentially and the ability for brands to drive a change in behaviour is decreasing. So what can you do to flip this around?

As a brand you need to leverage data and psychology to understand who has influence over your audience and why.

With that said, as for each consumer sources of influence are multiple and diverse, the task is a complex one. So what if we applied this to the readers of this article as an example?

By looking at website traffic and data, I am able to know things such as where visitors of this page have come from (the source of influence) and if they have actually consumed the article (the conversion). This is a good indicator of who is part of their influence network and how much influence they actually have. I can also look at which demographic group they are part of and correlate them with the likelihood of reading the article. But this isn’t enough.

By leveraging both data and psychology I have a clear picture of my audience’s attention filters and how they operate. I know who the readers trust to influence them to spend 6.75 out of 300 calories on a five-minutes article and why they hold that trust.

With this knowledge, I can predict where they are likely to spend the next 6.75. A behaviour, which I can now leverage and try to influence to my own advantage.

In a world of mistrusted information overload, where consumer’s attentional resources are limited, brands need to stop battling attention filters but leverage them instead. Consumers’ brains may be wired to ignore you, but data and psychology are key to unlocking consensual, trusting, long-lasting change in behaviour in this new influence economy.

Luca Tornese is a Strategy Manager at Tailify

This article originally appeared in TheDrum. Photo by Ryan Franco on Unsplash.

Can You SHIFT Consumer Behavior? 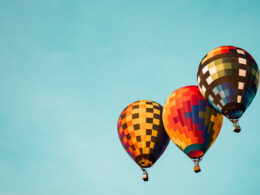 The ROI of Customer Experience 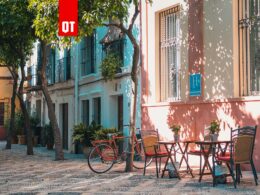 In the latest edition of TheCustomer QT: Taking comfort in failed digital transformation (you’re not alone), Chances are…
byEditor 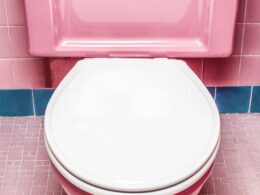 Stop Flushing Your MarTech Money Down the Toilet

CRM can be a VERY expensive proposition.  TrinityP3's Anton Buchner does some cost calculations to help marketers stop 'flushing money down the toilet'.
byGuest Contributor 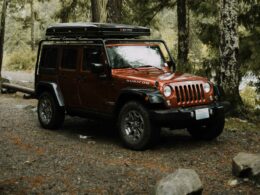