I had a chance to sit down with Michael Fisher, who recently became CEO at 3radical, and talk about where he sees the future of customer data and where he sees 3radical fitting into that new landscape.

I had a chance to sit down with Michael Fisher, who recently became CEO at 3radical, and talk about where he sees the future of customer data and where he sees 3radical fitting into that new landscape.  As a matter of full transparency, Mr. Fisher is a board member at TheCustomer so we’re already operating on familiar terms.  I hope you’ll enjoy our conversation as much as I did and I hope you’ll catch a glimpse of the future of permissioned customer data and its potential to change the entire client / customer dynamic.

If you’re challenged for time, a full transcript of our conversation is available below.

Conversations with TheCustomer: Michael Fisher, CEO of 3radical from TheCustomer on Vimeo.

Today I have the unique pleasure of interviewing someone who’s actually a good friend of mine, a colleague, and someone who has been instrumental in bringing TheCustomer to where it is. Talking about Michael Fisher, who has recently taken over the role of CEO at 3radical. So first, let me just welcome Michael, to the conversation. Thanks for joining me.

Thank you, Michael. I appreciate it very much at really excited to be here.

My Pleasure. We have a lot to talk about. I want to talk about your recent appointment as CEO of 3radical because there’s an awful lot of going on in that company. They’re doing a lot of neat things in the marketplace, but I also want to spend some time talking about you – what your personal orientation is into this world – and maybe even your mission, because as a PhD, I’ve read your thesis. I know where you’re coming from. So it seems to me that there is a lot more than just professional ambition behind the great matchup with you and 3radical.

They’re exhausted from the intrusive strategies and display. As an example, I buy something online and for the next six months I’m followed around from that. So 3radical represents an opportunity to change that game.

It started off as an organization that builds a fair amount of gamification capabilities into a market technology stack that would integrate across, I don’t know how many different platforms. But every major messaging and eCommerce platform integrates with it. And so, building out gamification to encourage consumers, to engage across these channels, by having fun and engaging experiences, certainly was the foundation of the company.

What kind of repeat strategy is there? When I say repeat strategy – how many times does the consumer come back to this brand? And for how long? And every bit of that customer data is given freely. It’s given freely because brands that use 3radical understand that it is really incumbent on them to use the platform to step up that trust. I don’t have to tell you what to do with it.

You don’t want the customer to walk away feeling like they are in the dark, as it relates to where the customer data’s going and how it’s going to be used. So quite often, especially because 3radical deployed its technology around the world first, then Fort came to United States, things like not hiding behind the legalese of privacy and security are sort of out of bounds in Europe right now. GDPR says you have to be upfront and be transparent and know that if you’re not going to be, you could have the consumer say, “I want to be forgotten” and then you got to get rid of it.

We’re all familiar with the class action lawsuit right now that’s happening with Salesforce for $10 billion. So, there’s 10 billion reasons to just be transparent. And 3radical gives you that opportunity. They give you the opportunity to actually say “here’s what we’re doing and here’s why we’re doing it”.

And to voluntarily provide consent for us to use this data. “We’re never going to sell it. We’re only going to use it to serve you.” We’re designing everything that we do to make their life easier – for the consumer? And not only do they like it, but they come back and want more, they want to participate because they see the organization is aligning with them – not the organization’s call to action and another demanding campaign that runs every, you know, every day for two weeks that you’re in my inbox. Or in my social channels or in my digital channels nonstop. You’re letting me – yes – the consumer sort of drive what it is that I expect you to deliver for me.

So that made it really exciting to join 3radical.

So 3radical comes to the table with this fabulous gamification platform that is harvesting and capturing informed consent as it relates to customers voluntarily providing customer data. They’re willing to do it because they want to be served more effectively.

And in so doing, being transparent about it. I’m being upfront and the consumer is no longer in the dark. They’re excited about what it is that you’re going to do on their behalf.

We know that that’s case based on the amount of time customers are engaging in platforms, we’re not looking at six seconds, 10 seconds to open a campaign or open an email or click on the message. We’re looking at minutes per session. We’re not getting them because we’re not trusted.

So, we talk an awful lot about trust and we’ve published a lot of material on the topic about trying to create mechanisms that drop the veil so that trust and transparency are created between a brand and a consumer. We are looking for customers to trust brands more. But I think what you’re saying as well is that brands have to be willing to put a certain amount of trust in a consumer’s hands – that they’re going to be able to make reasonable decisions with the idea that.

Will you trust us with it? And a lot of times that can be hard for a brand to do because they’ve been operating behind the dark cloak of third-party cookies and third-party sourced customer data. It may be difficult for a brand to say, “Oh, can I trust the customer to know this stuff about them”.

And that can be difficult but the reality is brands have to get their arms around the fact that the trusted relationship that they want requires them to build and cultivate directly with the consumer – it’s sort of incumbent on them to do that.

Otherwise you can go to the marketplace. Amazon or Walmart or eBay or any of the other places that are out there – that Facebook Google are doing, and know that your most prized possession, the one you covet the most in the world is your customer relationship. And you’re handing it to somebody and they’re going to use it to compete against you. So as long as you’re comfortable doing that, and you don’t have to worry about this, just give your business to somebody else.

But if you’re not going to be comfortable doing that, if you recognize that the best asset you have are the relationships you develop, then you probably want to make sure that they understand that their privacy and security is your number one concern. Your primary job one is that you’re going to accommodate that.

Talk a little bit about what you see is the strategic vision for 3radical in the near term and medium term.

I think near and medium is absolutely tied to empowering organizations to actually engage consumers in ways that elicit trust, elicit informed consent, and doing the things necessary for organizations to succeed.

And how do you orchestrate the right messaging consistently so that customers aren’t confused. Are you going to help them understand that you’re here to work on their behalf? They’re smart enough to know that their data has value. They expect they expect a data collection. They know that that occurs but they also expect there to be a value exchange. And putting those things in place where organizations have the ability and are empowered to actually deliver that in a consistent way so that they can control their own destiny – that is, that is the near and long-term vision. We’re going to just do more and more as it relates to helping brands take control of what it is that they need to do to embrace their customers.

What are the first stops on your map? Where do you want to take 3radical first?

Well, I think from a tech and customer data perspective, that the globalized delivery mechanism that 3radical has, is really compelling. For the first time in my career I have the ability to look back at data that the platform has been collecting. Three billion reasons. I want to look at it because that’s the number of interactions that have been captured. And it informs what it is that we can do going forward as it relates to things that we want to deliver here in the United States and delivering it here is a data driven decision. So, we can take a very informed approach to what it is that we’re going to continue to build.

Well, Michael, very much looking forward to watching where your star goes on the horizon. It’s going to be an exciting ride and we’ll be paying attention. 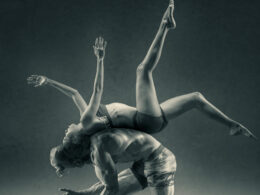 Brand Trust and the Importance of Being Earnest

Brands offering a clear value exchange - we will collect THIS data and use it in THIS way to give you a better experience - will see their brand trust levels increase.
byMichael Fisher 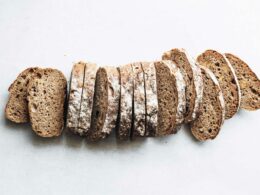 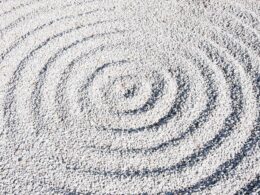 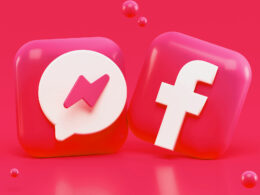 Social Listening Strategy: How to Get Started and Leverage It to Unlock Opportunities

Social listening tells you what the discussions around your brand are, along with how and where they’re happening.
byGuest Contributor